DDOS Attack Tutorial: DDOS stands for Distributed Denial of Service. It's one of the most basic cyber attacks, in which the attacker over loads the target Web site with hundreds or thousands of requests at the same time.

Anatomy of a DDOS Attack: http://bit.ly/18pl4EU

DDOS Preparation Checklist: Be Ready Before the Attack
http://bit.ly/16idd89 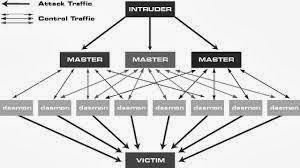 Example of state regulator warning and recommendations to banks about DDOS attacks:
Beginning in September 2012, a well-organized group announced intentions to attack a number
of prominent U.S. financial institutions. The result has been ongoing distributed denial of
service (DDoS) attacks on financial institutions’ public facing web sites in an attempt to disrupt
their Internet-based operations. These attacks may continue for an indeterminate period,
change tactics, and expand to a wider number of financial institutions.

DDoS attacks are designed to overload public-facing web servers and disrupt access to the
targeted company via the Internet. DDoS attacks may cause slower response times or failed
login attempts by customers using Internet banking or other applications, or could slow or
interrupt an institution’s access to external on-line applications. In some cases, these attacks
may cause the Internet-facing computers to stop responding.

 Review the functionality of your online banking site
 Identify large files that are available for download from the site (either remove them, or
require additional authentication to start a download)
 Ensure the Secure Socket Layer (SSL) is only used for authentication/transactional
content, and not generic web pages
 Have a plan to disable non transactional functionality (e.g. ATM search screens), in the
event of an attack
 Review your policies around DDoS attacks (if you don't have a 3rd party DDoS
mitigation service, you might want to do some research)
 Ensure there is a plan to be able to communicate with customers during a DDoS, and
that your messaging is approved by leadership ahead of time
 Report any scans or probes of your front end web services that appear to be
reconnaissance of your infrastructure (e.g. systematic browsing of your entire site, and
use of every function)

How to Stop DDOS Attacks

Here are the top 5 tips from Network World, plus one from us, on how to stop DDOS.

#1: It’s critical to recognize early that an attack is occurring. The best practice for how to stop DDOS attacks including preparing beforehand, maintaining situational awareness and detecting attacks as soon as they start.

#2: Get an anti-DDOS mitigation provider and make sure it shares data with you.

#4: Be clear about pricing with your anti-DoS mitigation provider.

#5: Motivations for DDoS attacks are many. You may need to understand you attacker's motive before knowing best how to stop a DDOS attack.

[Our comment: Now that you're thinking about how to stop a DDOS attack, also make sure you've got a DDOS attack plan and have practiced it.]

Get the full story on DDOS mitigation, including when to focus on DDOS protect strategies given the new times DOS attackers like to hit, here:

Check Out a Map of Global DDOS Attacks